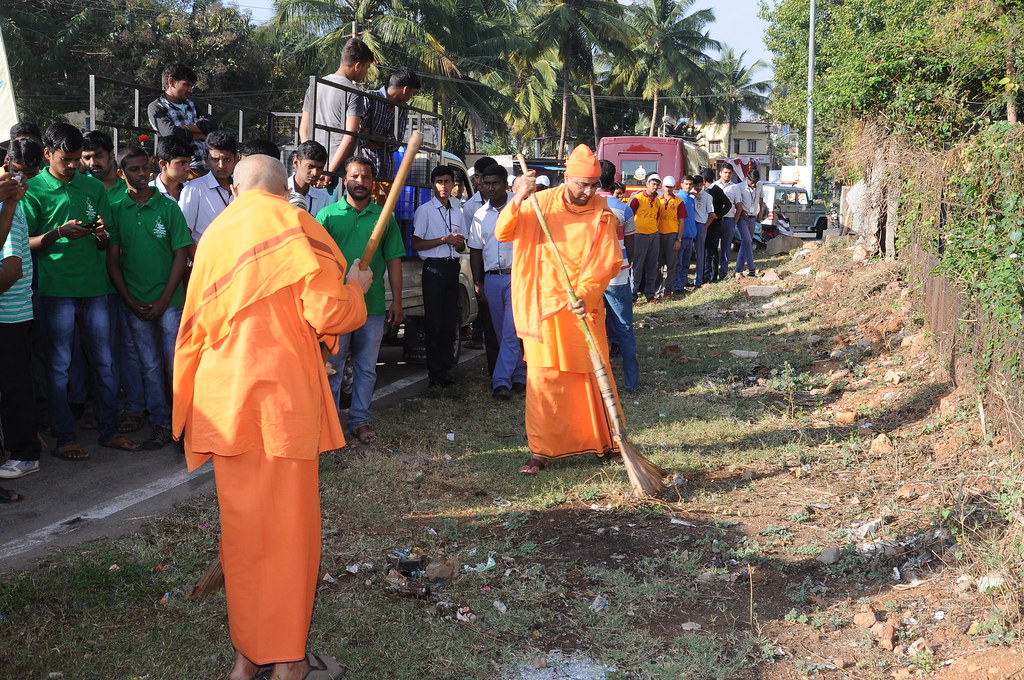 The “Swaccha Mysore Swastha Jeevana” program and its inauguration on January 29, 2017

The Mysore centre of Ramakrishna Math and Mission, namely the Sri Ramakrishna Ashrama, Mysotre has also taken up in a significant way, this great movement of Peoples and National Awareness. As is well known, Mysore city has the hoary heritage of Cleanliness and as apart of a noble heritage that comes down from the Mysore Administration that extends to more than a century of Mysore Royal Family and its rulership. It is no wonder that in the strength of this background and vast experience, Mysore city has been declared as the “Cleanest City in India” for the third consecutive year, and is well placed to receive such honor for the Fourth year in succession.

The program was graced by Revered Senior Monks of Sri Ramakrishna Ashrama, Mysore.